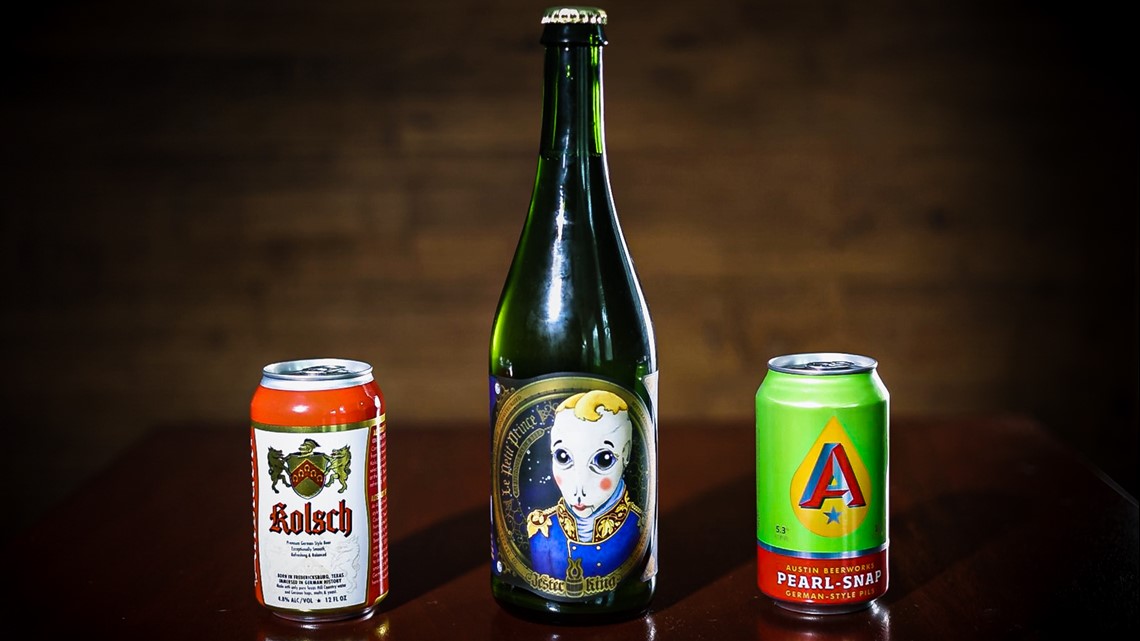 The Central Texas region is a booming place for breweries of all kinds. We talked to three from around the region about the growth of the beer industry.

Central Texas is a region booming with beer. The breweries located here range from old German-style breweries to farmhouse ones.

“The main ingredients of beers [are] yeast, water, grain and hops, most of the time,” said Chance Patrick, head brewer at Austin Beerworks.

A relatively simple process, brewers mix grains and hops with water to pull out sugar. That mixture, called the wort, is then added to the yeast, which turns the sugar into alcohol.

“And yeast just has that transformative ability at the fermentation, it’s going to continue to go,” said Jeff Stuffings, founder of Jester King Brewing in Dripping Springs.

“I think a lot of people think we sit around and drink beer all day, every day,” said Jon Vance, quality control manager for Altstadt Brewery. “For the vast majority of places, it’s industrial work. It’s dragging hoses, it’s getting splashed with the yeast and beer and water.”

If we’re going to take a look into the world of beer, where better to start than a place that’s known for making a traditional brew?

Altstadt Brewery: A taste of history

“So, Altstadt is like a traditional German brewery, but we’re just out here in the Texas Hill Country,” Vance said. “We’re very obsessed with the German thing. All of our equipment, for the most part, it comes from Germany – was even installed by German workers who came over.”

Every piece of grain that goes into their beer comes from Germany. Vance said they used to bring over yeast but now source that from the U.S.

“We wanted to make that, but make it as high quality as we can and as close to like the German tradition as we can,” Vance said.

It’s all about tradition. Vance said some breweries add their own twists to classic German beers, but not Alstadt. They stick to a purity law called “Reinheitsgebot,” which guides how they control their quality. 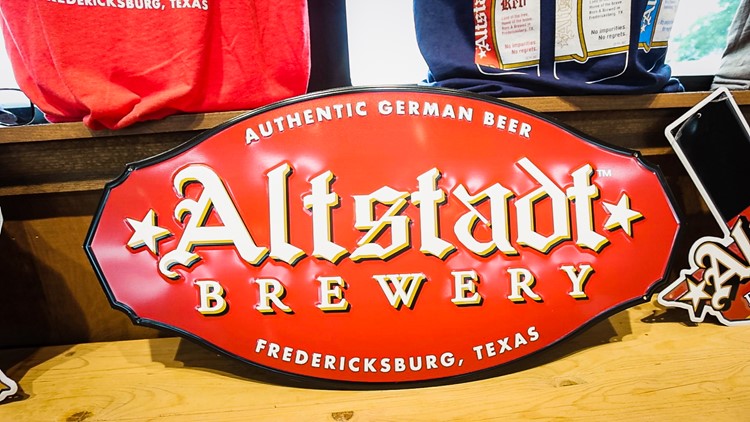 “We don’t really do anything too crazy or too weird,” Vance said. “It’s, you know, it’s we want to make German beer.”

The science behind Austin Beerworks

“Once you kind of learn the science and what the different ingredients do, you get to make something that’s yours and then wholly yours from the ground up,” Patrick said. “We’re definitely a hop-forward brewery, and I think that’s where you can really get creative and change what a beer is just based on hops.”

Patrick has been with Austin Beerworks for most of the 10 years it’s been open. He’s seen a change in what beer drinkers are gravitating toward.

“We’ve had to evaluate what we’re making because when we first started, we made what we wanted to drink,” Patrick said. “Now we’ve got to make something that keeps us afloat, unfortunately. So, we still get to make that on the small-batch system. But sometimes with the bigger beers, we have to focus on what the market is turning towards a little bit. We always kind of put our own little spin on it and try not to lean into it too hard.”

There are spins like their wheat beer, Sun Shovel. While it is a wheat beer, they add more hops into it than a traditional wheat beer like Altstadt’s Hefe – changing with the times but staying true to what they like.

Patrick also said as drinkers change, breweries need to keep up with the rest of the beverage industry – canned cocktails, hard sparkling water and kombucha all competing for the same shelf space. But that’s why they keep their own spins on beers, playing with hops to add new flavors. 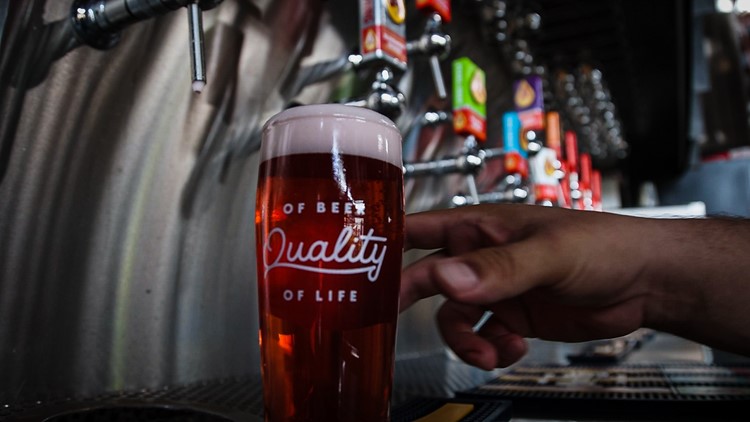 Some of Austin Beerworks’ unique spins can be seen in its Fire Eagle IPA and one of its newer releases, Megaflora. Patrick explained that Fire Eagle has hops added in early and often in the brewing process, whereas with Megaflora, hops are added only near the end. This causes the flavors of the two India Pale Ales to be completely different.

“There’s a little bit of art. You take that art and turn it into science and get a cool beer out of it,” he said.

Some breweries take that art a little more seriously.

The art of Jester King Brewery

“So, I would say it’s a beer that really tries to represent our land, represent the seasonality, represents the people who make it – kind of the confluence of, we like to say, time, place and people,” Stuffings said. “You know, we’re kind of more companion to the beer versus, you know, controlling every aspect to have mastery over it.”

Jester King Brewery specializes in farmhouse beers. This is a centuries-old style many haven’t heard of before.

“It’s wild fermentation. This is not better or worse, but it’s different. When we start off a batch, every batch is going to be a little different based on the microflora that’s in the mix. We harvest yeast from the air. We harvest yeast from the land and really let it kind of drive the car in terms of where the beer is ultimately going to end up,” Stuffings said. “It’s kind of like rolling dice down bumper lanes, like it’s not totally wild. We’re creating, like, an avenue for the beer to go. But there is still that very random nature of it, and that’s fascinating to us.”

Barrel aging and wild fermentation in a cool ship are both things other breweries usually don’t try. It’s something that sets Jester King apart from the rest. 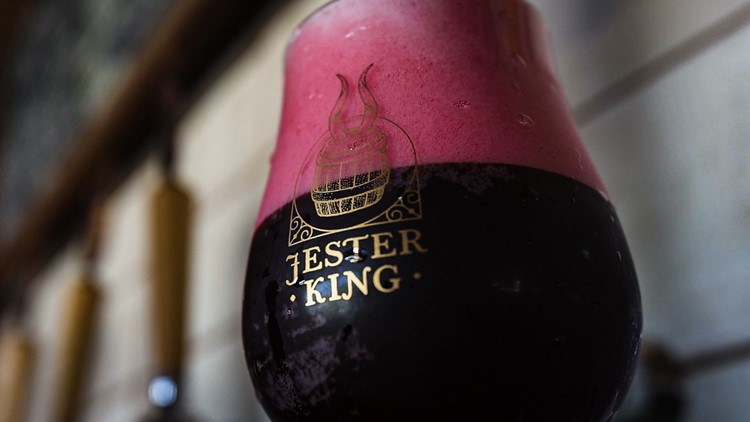 During the winter months, Jester King leaves its beer in what’s called a cool ship. It’s an open tank on the top floor of their brewery that allows wild yeast to land in the wort, which will then ferment the beer. Most breweries use a more controlled yeast fermentation process.

“Thinking of Beerworks, they’re putting into the bottle something that they’re, you know, I think I can say this for them, very, very proud of,” Stuffings said. “Where we’re putting something in the bottle that is still a work in progress.”

The beer community is a growing one in Central Texas. It includes people from all walks of life who are giving up their careers to move into the world of making beer.

“The growth from the get-go was exponential,” Patrick said.

RELATED: Anheuser-Busch to open new office in Austin in 2021

“The industry changes very fast. It grows very fast. It’s still a relatively young industry,” Stuffings said. “To me, beer is the ultimate social beverage. Like, I love spirits and wine and drink them probably every week. But to me, if I’m going to get together with friends or family, I want to be drinking beer because I can hang out with them for like, four hours and still be conversational.”

“Give me a cold beer and I’m happy,” Patrick said.

Is the lambda COVID-19 variant more contagious than the delta?