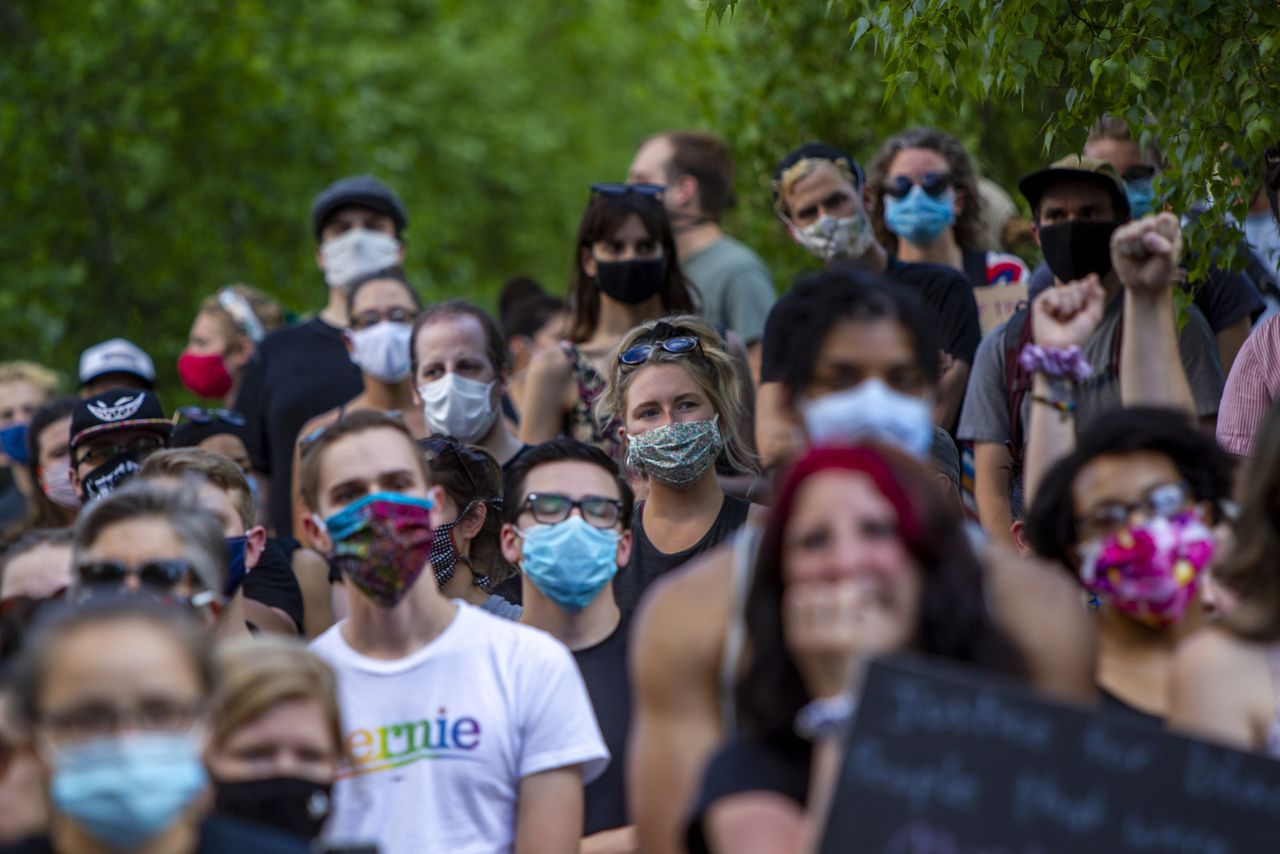 LANSING, MI — New U.S. census data revealed this week will have major effects on political power throughout the state as Michigan’s political maps are set to be redrawn.

Michigan’s redistricting commission is expected to use the latest census data to begin its drafts of Michigan’s new political maps next week.

The data released Thursday shows the state’s population grew by just under 2% in the last decade, with more residents flocking to west Michigan while Detroit and Flint’s population continue to decline.

Here’s more from this week in Michigan politics:

Former U.S. Education Secretary Betsy DeVos will not be among the Republican candidates vying to be Michigan’s next governor, she told a columnist from The Detroit News in an article published Tuesday.

“I am not running for governor,” the paper quotes her as saying.

That statement puts to rest rumors that had swirled in political circles that she would enter the race.

Her husband, chairman of The Windquest Group and former gubernatorial candidate Dick DeVos, may have played into those rumors when he said in a radio interview on Michigan’s Big Show last month she would make a “fantastic governor” but said host Michael Patrick Sheils would have to ask her personally if she was interested in running.

A family spokesperson did not immediately return a call seeking more information. The Associated Press reported Betsy DeVos advisers said she had never weighed a run.

Still, it got the attention of mostly Democrats, who put out press releases about the possibility of her candidacy.

The speculation came as the Republican gubernatorial field continues to grow, but lacks a candidate with statewide political experience.

Betsy DeVos, a former chair of the Michigan Republican Party and member of the former President Donald Trump administration, is one of several high-profile Republicans who have declined to run. Former U.S. Rep. Candice Miller and Senate Majority Leader Mike Shirkey, R-Clarklake, both indicated they weren’t running earlier this year.

The biggest name to have filed a candidate committee in the Republican gubernatorial primary is James Craig, the former Detroit Police Chief, while Kalamazoo chiropractor Garrett Soldano has raised the most money out of the Republican field of candidates.

State Rep. Ryan Berman of Commerce Township is the latest Republican to announce plans to challenge Attorney General Dana Nessel, who is expected to run for reelection in November 2022.

Berman filed campaign finance committee paperwork to run for the office on Aug. 9, according to online records.

Berman in November 2018 won election to the 39th District in the Michigan House of Representatives, which represents residents of Wixom, Commerce Township, parts of West Bloomfield Township and the village of Wolverine Lake.

Berman is also an attorney and runs a legal practice based in Bloomfield Hills, according to his online biography. Berman is a vocal supporter of law enforcement and a former reserve deputy with the Oakland County Sheriff’s Office. He currently serves as a reserve officer for another local police department that isn’t identified in his bio.

Berman supports removing a statute that exempts the state Legislature from public records requests. He’s also sponsored legislation to expand hours during which alcohol may be sold, issue a resolution in support of Israel, remove fees for attorneys to obtain certain court records, require annual safety inspections at all public schools, to fund “grappling training” for police and remove Secretary of State fees for identification cards.

Matthew DePerno, a Portage attorney who sued Antrim County over alleged election fraud during the 2020 presidential election, a case that has since been dismissed, has also formed a campaign finance committee and announced his candidacy.

Michigan’s independent redistricting commission voted Thursday to make E. Mark Braden and the law firm BakerHostetler the go-to counsel for court challenges to their work, despite concerns from some observers who criticized the firm’s past defense of Republican-drawn political districts.

After hearing public comment, interviewing representatives of the firm and deliberation at its Thursday meeting, the commission voted 9-2 to hire Braden and BakerHostetler as their litigation counsel in anticipation of court challenges to the commission’s forthcoming state House, Senate and Congressional district maps.

The two votes opposing the hire came from Rebecca Szetela and Anthony Eid, both independents. Democrats Juanita Curry and Brittni Kellom were absent.

The proposal submitted by Braden and BakerHostetler was the only one the commission received in response to two requests for proposals. But some critics — including Voters Not Politicians, the group behind the ballot initiative to create the commission in 2018 — urged a reopening of the bidding process, citing the firm’s past work in redistricting cases.

Braden and BakerHostetler have defended political district maps in legal challenges in several states, including Pennsylvania and North Carolina, where courts found the redistricting plans unconstitutional for favoring Republican candidates. Prior to joining the firm, Braden also served as chief counsel for the Republican National Committee.

Ahead of the hearing, David Daley, an author who’s written extensively on the U.S. redistricting process and partisan gerrymandering, former U.S. Attorney General Eric Holder and others suggested hiring the firm would inject partisanship into a process specifically designed to be nonpartisan. Several public commenters echoed those complaints during Thursday’s meeting.

“I think you are creating a model for the rest of the country to follow, and you are a source of real pride for a Michigan,” commenter Connie Cook said. “But I’ve asked to give a comment today because you are in danger of hurting your own wonderful work … don’t choose the first, worst applicant.”

Under a new schedule the panel agreed to follow Thursday, the commission is set to start drafting Michigan’s Senate districts first and will start with the state’s west and southwest regions on Aug. 19. The commission anticipates finishing drafts of statewide maps for state Senate, state House and Congressional districts over the course of 19 hearings through Sept. 22.

Commissioners agreed to the schedule on the same day the U.S. Census Bureau is releasing the population data required to draw accurate district maps. The data is initially being released in a “legacy” format, meaning it’s more difficult for average users to decipher — but the commission’s mapping consultant said Thursday he anticipates having a statewide database of the data put together by next week.

Under the commission’s plan, draft maps will be available for public review by Oct. 8. Michigan residents will have a chance to comment on the draft maps at one of nine public hearings in October — commissioners opted to add a hearing in the Kalamazoo area to the initial eight meetings proposed.

The commission is scheduled to vote on proposed maps again Nov. 5, after which an additional 45-day public comment period would begin. Under the current schedule, the first day the commission could vote on adopting the maps is Dec. 30.

Final maps for Congressional and state House and Senate lines require majority approval and support from at least two Republicans, two Democrats and two Independents on the commission.

Demographic and localized population data collected for the 2020 Census was released Thursday. The numbers reveal how communities changed in the 10 years since the last census count and inform the process of redrawing political boundaries ahead of 2022 elections and influence the allocation of millions of dollars in federal funds.

Michigan posted its largest population ever, but growth is lagging behind much of the country. Hispanics and Asians are rapidly moving in, while fewer white people were counted. West Michigan is booming, and the Upper Peninsula is on the decline. Detroit continued a seven-decade slump, but suburbs surrounding it are growing.

Michigan’s sluggish population growth during the last decade will cost the state a U.S. House seat.

Kent County trailed in as the third-fastest growing county, increasing by 9.3%. Other fast-growing counties include Allegan (8%), Washtenaw (8%), Livingston (7%) and Oakland (6%).

On the other end of the spectrum, Luce, Ontonagon and Gogebic counties in the Upper Peninsula led Michigan in population loss. The population in Luce County dropped by 19%. Ontonagon dropped 14% and Gogebic declined by 12%.

All but one county in the Upper Peninsula lost population in the last decade. Houghton County was the lone outlier; it added 733 people since the 2010 count and grew by 2%.

Meanwhile, some have questioned the accuracy of the census count. The COVID-19 pandemic proved a difficult obstacle for staffers who went door-to-door and field operations ended earlier than usual. Detroit Mayor Mike Duggan vowed to challenge what he views as an undercount of his city’s population, while civil rights groups worry minority groups were also undercounted.

Michigan remains a majority-white state, but the census recorded significant changes in the state’s various ethnic groups. A booming population of Hispanic, Asian and biracial residents made up for losses in white residents.

Seventy-two percent of Michigan’s population is white, 14% is Black and 6% is Hispanic or Latino. The rankings are the same as 10 years ago, but whites made up 77% of the population in 2010.

Michigan’s white population dropped by 4% overall, a decline of 274,288 people from the 2010 count. Whites remain the majority in every county.

The state’s Black population dropped by 2%, with 25,298 fewer people counted. The Hispanic or Latino population climbed by 29%, an increase of 128,064 people.

Long known for having the highest percentage of Black residents in the country, Detroit no longer holds the title, according to the data.

The Michigan Occupational Safety and Health Administration is encouraging workplaces to follow mask wearing guidelines outlined by the Centers for Disease Control, but hasn’t reissued hard rules for businesses.

And the governor’s office anticipates revising its face mask policy for state workers, though the policy has not been finalized. The changes will more closely align with CDC recommendations, according to the governor’s press secretary Bobby Leddy.

“As transmission rates accelerate rapidly in many Michigan counties, Michigan employers should monitor the spread of COVID-19 in their local communities and follow the CDC’s guiding principles for both fully vaccinated and unvaccinated people to ensure we are all doing our part to keep workplaces safe for employees and customers,” Michigan COVID-19 Workplace Safety Director Sean Egan said in a news release.

Several Democratic lawmakers from the Michigan House and Senate gathered in Detroit’s Jefferson Chalmers neighborhood this week to announce a $5 billion proposal to address extreme climate events in Michigan.

“We are proposing bold changes because that is what Michiganders need to address the decades of lack of investment in our water infrastructure,” said Sen. Stephanie Chang, D-Detroit.

“Homes, businesses, and freeways have been inundated by severe storms, and it will only get worse unless we act with urgency,” Chang said, adding that the need for climate infrastructure and resilience policies have never been greater.

As the push to vaccinate more against COVID continues, resistance to mandates grows