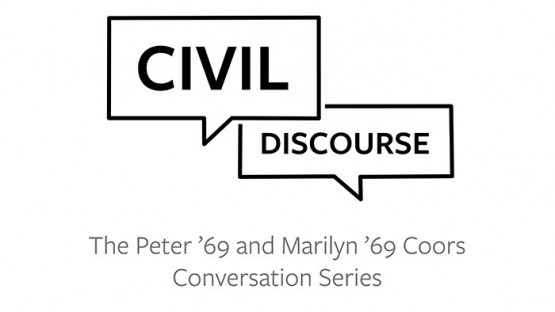 The romance involving truth, democracy and flexibility of expression will be explored in the initial celebration of the 2021 Peter ’69 and Marilyn ’69 Coors Dialogue Series.

The Sept. 9 discussion board will attribute Robert P. George, the McCormick Professor of Jurisprudence and Director of the James Madison Application in American Beliefs and Establishments at Princeton University and Cornel West, the Dietrich Bonhoeffer Chair at Union Theological Seminary.

The collection, which launched in fall 2019, brings with each other speakers with various political viewpoints and provides the Ithaca campus community with a forum for mental discourse on hard but well timed concerns.

The hybrid celebration is totally free and open up to learners, faculty and team Cornell ID is demanded. It is at present scheduled to be held at the Landis Auditorium, 184 Myron Taylor Hall, from 6:30 to 7:45 p.m. look at again for COVID-19-similar updates. The forum will be livestreamed and later posted on CornellCast.

George has served as chairman of the U.S. Fee on Worldwide Spiritual Independence and on the U.S. Fee on Civil Rights and the President’s Council on Bioethics. He has also served as the U.S. member of UNESCO’s Entire world Commission on the Ethics of Scientific Expertise and Technology.

His essays and opinions have appeared in the Yale Law Journal, the Harvard Law Assessment, the Columbia Legislation Evaluate, the Review of Politics and the Critique of Metaphysics. His books consist of “Making Men Ethical: Civil Liberties and General public Morality” (1995), “In Defense of Normal Law” (2001) and “Conscience and Its Enemies” (2016).

West is the former professor of the follow of general public philosophy at Harvard University and professor emeritus at Princeton University. He has prepared 20 textbooks and has edited 13. He is very best recognized for his classics, “Race Matters and Democracy Matters,” and for his memoir, “Brother West: Living and Loving Out Loud.” His most latest e book, “Black Prophetic Fire” (2015), examines 19th-century African American leaders and their legacies.

West is a frequent guest on the HBO demonstrate, “Real Time with Monthly bill Maher,” as well as CNN, C-Span and the Unbiased World-wide Information exhibit, “Democracy Now!”.

The dialogue will be moderated by Sheri Lynn Johnson, the James and Mark Flanagan Professor of Law at Cornell Legislation Faculty.

The Cornell Political Union will host an open up dialogue subsequent this celebration.