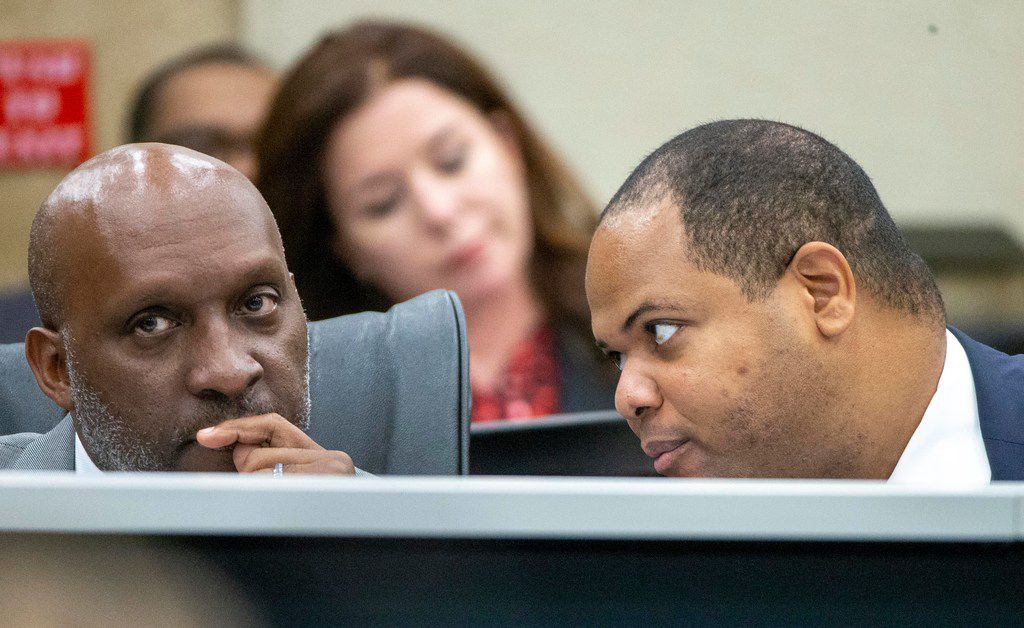 Dallas intends to spend more money to address homelessness, broadband improvements, trash pickups and a host of issues thanks to a bump in tax revenue and a new round of federal stimulus money.

“It will absolutely be the best budget any of you have ever seen in your entire lifetime,” he said during a presentation laying out part of the city’s preliminary budget plans. He added that they could “put that on a billboard.”

Early during the pandemic, local officials across the country worried that an economic downturn could eat away at their budgets. Major injections of federal aid, a hot housing market and a more resilient economy have helped assuage those fears here.

“We need to attract and retain talent, we need to invest in our operations so that they’re efficient and they are resourced to provide the service that we promised to the residents,” Reich said.

Spending on public safety is also expected to be a high priority, officials said.

While city officials are preparing for a spending spree, how much COVID-19 impacted the city’s finances is still unclear. Reich said the city hasn’t yet calculated how much city revenue was lost in last year’s and this year’s $3.85 billion budget.

Thursday’s meeting was one of the first steps in a months-long process to finalize the city’s budget. Broadnax plans to present his recommended budget Aug. 10. Public town hall meetings are planned to be held by council members afterward over two weeks that same month. Council members will present and vote on amendments to the proposal throughout September and a final vote on the budget, tax rate and other budget-related items is scheduled for Sept. 22.

The next fiscal year begins Oct. 1.

Reich said all the revenue and expense projections for the next budget are subject to change between now and when Broadnax presents his plan.

City council has the largest sway over how to use the city’s general fund budget which is projected to hit $1.49 billion next fiscal year — an increase from $1.44 billion.

Nearly 80% of the general fund money comes from property and sales tax revenue. The city is planning for close to $854 million in property taxes in the next budget and a range possibly from $309 million to nearly $339 million in sales taxes.

City officials are counting on more property tax revenues next fiscal year because of new construction and rising home values. They did not say if the base property tax rate will change.

The city’s public safety budget is poised for the biggest increase, city officials said. Dallas police are currently budgeted to get around $514 million and Dallas Fire-Rescue nearly $316 million. The police department is planned to have an increase to $539 million and around $332 million for the fire department.

Combined, the departments make up the largest share of the general fund budget. They’re both also projected to go over their current budgets. The city’s latest forecast from the end of March shows the police going nearly $12 million over their expense budget and the fire department by $3 million.

Driving the increase is police overtime — which was a point of contention among council members during budget talks last year and continued during the recent election campaign. The police department estimated at the end of May that overtime expenses will hit $34.7 million by the end of the fiscal year on Sept. 30. It would be the most the department had ever accrued in overtime expenses and over the $33.1 million tally from last year. The department eclipsed it’s current $17.3 million overtime budget in March.

It’s unclear if police funding will be as contentious of an issue on the council heading into this budget cycle.

Nearly all departments will see an increase in money from the general fund, city data shows. The Transportation department is one of the few that is planned to receive less — a nearly $400,000 dip from $43 million in the current budget.

Among the department’s charges are the maintenance of seeing traffic signals and pavement markings. Reich mentioned during the meeting that 70% of the city’s 1,400 traffic signals are more than 30 years old and two years ago it was noted to city officials that nearly 80% of roadway striping for vehicle lanes and crosswalks have little to no visibility.

She said the city would have to spend an average of $22 million a year over 15 years to upgrade the signals to current standards. It would take $5.5 million to address the backlog on road markings, but it’s current budget is $1.1 million, she said.

Dallas is expected to receive $355.4 million from the federal American Rescue Plan, the latest economic stimulus package passed by Congress earlier this year. The city has until the end of December 2024 to spend all the money.

The city plans to spend the largest portion, $115.4 million, on infrastructure projects. This would include $43 million in Internet broadband investments and $37.4 million to provide city water and wastewater services to around 500 Dallas homes on well and septic tank.

While the total lost revenue for the city is unknown, Dallas plans to use an estimated $110 million in federal funds to stabilize finances and replace lost revenue, including $50 million toward last year’s budget and the same amount for this year.

Health and safety-related initiatives are slated for $82 million, this includes $19 million for COVID-19 testing and vaccination expenses, $16 million for personal protective equipment and disinfection and $11.5 million for the city to buy 35 new ambulances.

The city also intends to use $48 million from the American Rescue Plan money on plans meant to help with economic development. All 14 city districts will receive $1 million each earmarked for small businesses and nonprofits. Each council member will decide how the money is allocated in their district and the mayor will have another $2 million to send out at his discretion, Reich said.

Separate from the American Rescue Plan funds, Reich said there is another $22.4 million in federal grants the city is planning to receive that would be devoted to addressing homelessness through rapid rehousing — a program aimed at moving people into permanent housing by temporarily providing money to help pay rent and utility costs.

Some residents’ utility and city service bills are expected to rise.

The city is estimating Dallas Water Utilities and Storm Drainage Management rate increases over the next five fiscal years. The average utility bill for water, wastewater and storm water is expected to go from $72.20 this current fiscal year to $74.37 in the next, to $76.46 in the 2025 fiscal year.

Residents are also planned to pay $2.70 a month more than the current $30.52 a month average to help pay for a $7.6 million budget increase for sanitation services.

Part of the money will help fund the city’s plans to change how it collects brush and bulk trash. The city is considering continuing to pick up brush and yard trimmings once a month, but get bulk trash once a quarter rather than monthly.

The additional money would also go toward increasing the pay for city garbage and recycling truck drivers. The starting pay is $16.50 an hour, but the local industry standard ranges from $18 to $20 an hour and a tenured, private sector garbage or recycling truck driver could get as much as $30 an hour.