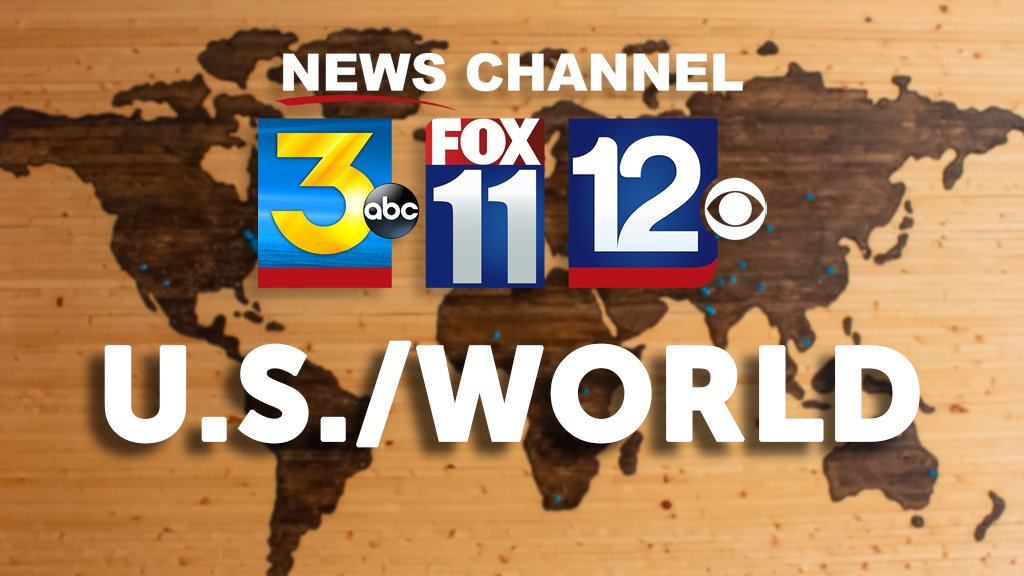 Here’s a look at the death penalty in the United States.

As of March 24, 2021, capital punishment is legal in 27 US states. Three of those states have governor-imposed moratoriums.

According to the Death Penalty Information Center, 17 people were executed in the United States in 2020. The number of death sentences imposed was 18.

The US government and US military have 49 people awaiting execution as of 2021.

The US government has executed 16 people since 1988 when the federal death penalty statute was reinstated. The first federal execution since 2003 took place in July 2020.

According to the Criminal Justice Project of the NAACP, there are 51 women on death row in the United States as of October 1, 2020.

As of January 13, 2021, 17 women have been executed since the reinstatement of the death penalty.

Twenty-two individuals were executed between 1976 and 2005 for crimes committed as juveniles.

March 1, 2005 – Roper v. Simmons. The Supreme Court rules that the execution of juvenile offenders is unconstitutional.

Since 1976, 294 individuals have been granted clemency.

For federal death row inmates, the president alone has the power to grant a pardon.

1846 – Michigan becomes the first state to abolish the death penalty for all crimes except treason.

1907-1917 – Nine states abolish the death penalty for all crimes or strictly limit it. By 1920, five of those states had reinstated it.

1924 – The use of cyanide gas is introduced as an execution method.

January 17, 1977 – A 10-year moratorium on the death penalty ends with the execution of Gary Gilmore by firing squad in Utah.

1977 – Oklahoma becomes the first state to adopt lethal injection as a means of execution.

1984 – Velma Barfield of North Carolina becomes the first woman executed since reinstatement of the death penalty.

1987 – McCleskey v. Kemp. Racial disparities are not recognized as a constitutional violation of “equal protection of the law” unless intentional racial discrimination against the defendant can be shown.

1988 – Thompson v. Oklahoma. Executions of offenders age 15 and younger at the time of their crimes are declared unconstitutional.

1996 – The last execution by hanging takes place in Delaware, with the death of Billy Bailey.

January 31, 2000 – A moratorium on executions is declared by Illinois Governor George Ryan. Since 1976, Illinois is the first state to block executions.

January 2003 – Before leaving office, Governor Ryan grants clemency to all the remaining 167 inmates on Illinois’s death row, due to the flawed process that led to the death sentences.

June 12, 2006 – The Supreme Court rules that death row inmates can challenge the use of lethal injection as a method of execution.

December 17, 2007 – New Jersey Governor Jon Corzine signs legislation abolishing the death penalty in the state. The death sentences of eight men are commuted to sentences of life without parole.

April 16, 2008 – In a 7-2 ruling, the US Supreme Court upholds use of lethal injection. Between September 2007, when the Court took on the case, and April 2008, no one was executed in the United States due to the de facto moratorium the Court placed on executions while it heard arguments in Baze v. Rees.

March 18, 2009 – Governor Bill Richardson of New Mexico signs legislation repealing the death penalty in his state. His actions will not affect two prisoners currently on death row: Robert Fry, who killed a woman in 2000, and Tim Allen, who killed a 17-year-old girl in 1994.

November 13, 2009 – Ohio becomes the first state to switch to a method of lethal injection using a single drug, rather than the three-drug method used by other states.

March 9, 2011 – Illinois Governor Pat Quinn announces that he has signed legislation eliminating the death penalty in his state, more than 10 years after the state halted executions.

March 16, 2011 – The Drug Enforcement Agency seizes Georgia’s supply of thiopental, over questions of where the state obtained the drug. US manufacturer Hospira stopped producing the drug in 2009. The countries that still produce the drug do not allow it to be exported to the United States for use in lethal injections.

May 20, 2011 – The Georgia Department of Corrections announces that pentobarbital will be substituted for thiopental in the three-drug lethal injection process.

July 1, 2011 – Lundbeck Inc., the company that makes pentobarbital (brand name Nembutal), announces it will restrict the use of its product from prisons carrying out capital punishment.

November 22, 2011 – Governor John Kitzhaber of Oregon places a moratorium on all state executions for the remainder of his term in office.

April 25, 2012 – Connecticut Governor Dannel Malloy signs S.B. 280, An Act Revising the Penalty for Capital Felonies, into law. The law goes into effect immediately and replaces the death penalty with life imprisonment without the possibility of parole. The law is not retroactive to those already on death row.

January 16, 2014 – Ohio executes inmate Dennis McGuire with a new combination of drugs, due to the unavailability of drugs such as pentobarbital. The state uses a combination of the drugs midazolam and hydromorphone, according to the state corrections department. The execution process takes 24 minutes, and McGuire appears to be gasping for air for 10 to 13 minutes, according to witness Alan Johnson, a reporter with the Columbus Dispatch. In May 2014, an Ohio judge issues an order suspending executions in the state so that authorities can further study new lethal injection protocols. In 2015, Ohio announces that it is reincorporating thiopental sodium, a drug which it used in executions from 1999-2011.

February 11, 2014 – Washington Governor Jay Inslee announces that he is issuing a moratorium on death penalty cases during his term in office.

May 22, 2014 – Tennessee becomes the first state to make death by electric chair mandatory when lethal injection drugs are unavailable.

July 23, 2014 – Arizona uses a new combination of drugs for the lethal injection to execute Joseph Woods, a convicted murderer. After the injection, it reportedly took him nearly two hours to die. A state review board later rules that future executions will be conducted with a three-drug formula or a single drug injection if the state can obtain pentobarbital.

September 4, 2014 – The Oklahoma Department of Public Safety issues a report about the botched execution of Clayton Lockett on April 29, 2014. Complications with the placement of an IV into Lockett played a significant role in problems with his execution, according to the report. It took 43 minutes for him to die.

December 31, 2014 – O’Malley commutes the death sentences of the four last men in the state scheduled for execution. It is one of his final acts as Maryland’s governor.

January 23, 2015 – The Supreme Court agrees to hear a case concerning the lethal injection protocol in Oklahoma. The inmates claim that the state protocol violates the Constitution’s ban on cruel and unusual punishment. In a June 29, 2015, ruling, the court upholds Oklahoma’s use of the drug midazolam in its lethal injection procedure by a 5-4 vote.

February 13, 2015 – Pennsylvania Governor Tom Wolf halts all executions in his state until a task force examining capital punishment in Pennsylvania issues its final report, citing the state’s “error prone” justice system and “inherent biases” among his reasons for the moratorium. Later, Wolf’s action is upheld in court after Philadelphia District Attorney R. Seth Williams files a petition claiming the moratorium is an unconstitutional takeover of powers. The moratorium remains in effect after the report is published June 2018.

March 23, 2015 – Utah Governor Gary Herbert signs legislation making the firing squad an authorized method of death if the drugs required for lethal injection are unavailable. The firing squad was last used in 2010 to execute a convicted murderer, Ronnie Lee Gardner.

June 29, 2015 – The Supreme Court rules, in a 5-4 decision, that the use of the sedative midazolam in lethal injections is not a violation of the constitutional ban on cruel and unusual punishment. Midazolam is one of three drugs that are combined to carry out the death penalty in Oklahoma.

November 8, 2016 – Voters in California, Nebraska and Oklahoma are asked to weigh in on the death penalty with referendum questions on ballots. In all three states, majorities vote in favor of the death penalty.

April 2017 – Of the eight prisoners Arkansas had planned to execute before the state’s supply of a lethal injection drug expires, four are put to death: Ledell Lee, Jack Jones, Marcel Williams and Kenneth Williams. The other four – Jason McGehee, was later granted clemency, and Stacey Johnson, Don Davis and Bruce Ward – receive stays of execution that were later lifted.

April 20, 2017 – The FDA rules that imported vials of the execution drug sodium thiopental, ordered by the Texas Department of Criminal Justice and the Arizona Department of Corrections, must be destroyed or exported within 90 days. The FDA had seized the shipment in 2015. Sodium thiopental is not approved in the United States.

April 25, 2017 – The Oklahoma Death Penalty Review Commission releases a report recommending the continuation of the moratorium on the death penalty, citing the need for significant reforms.

January 25, 2019 – Ohio Governor Mike DeWine delays execution of Warren Henness pending an official assessment of the state’s execution system. This is in response to a January 14 federal court decision regarding the severity of its three-drug protocol. DeWine later announces that the state will have no executions until a method that will stand up to legal scrutiny is established.

February 27, 2019 – The Supreme Court rules in favor of death row inmate Vernon Madison, sending his case back to state court “for renewed consideration of Madison’s competency.” His lawyers argue that states are forbidden from executing individuals whose mental state precludes them from understanding the reason for punishment. Madison, who has dementia, can no longer remember his crime, the April 1985 killing of an Alabama police officer. There is a 5-3 ruling by the court as Justice Brett Kavanaugh was confirmed after the case was argued. (Chief Justice John Roberts concurs.)

May 30, 2019 – New Hampshire repeals the death penalty after the state legislature votes to override a veto from Governor Chris Sununu, making it the 21st state to abolish capital punishment in the United States.

July 25, 2019 – The Department of Justice announces Attorney General William P. Barr has directed the Federal Bureau of Prisons to adopt an updated execution protocol and schedule the executions of five death row inmates. The last federal execution was in 2003.

November 20, 2019 – A judge blocks the federal government from carrying out executions scheduled to begin in December, halting the Justice Department’s plans to reinstate the death penalty.

December 6, 2019 – The Supreme Court denies the Trump administration’s request to reverse the lower court’s ruling, so the executions remain on hold.

March 23, 2020 – Gov. Jared Polis signs legislation abolishing the death penalty, making Colorado the 22nd state to do so. The bill repeals the death penalty for offenses charged on or after July 1, 2020.

June 29, 2020 – The Supreme Court turns away a major challenge to the federal government’s lethal injection protocol, paving the way for the Trump administration to begin the first federal executions after a nearly two-decade lapse.

July 14, 2020 – The Supreme Court clears the way for the resumption of the federal death penalty. Hours later, Indiana executes Daniel Lewis Lee, a one-time white supremacist who killed a family of three.

March 24, 2021 – After centuries of carrying out executions, Virginia becomes the 23rd state to abolish the death penalty after Gov. Ralph Northam signs historic legislation into law.

Today is a good day for business