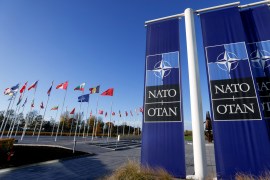 Wealthy, neutral, sheltered from aggressive or impecunious neighbours by craggy mountain ranges: Switzerland is the country some Germans wish they had. Relations between Bern and Berlin have tended to tick along smoothly. But Russia’s invasion of Ukraine is sending shivers of political disruption across the European continent, and they don’t stop at the Alps.

“Switzerland as a problem” ran the headline of a recent leader in a conservative German newspaper not otherwise given to hyperbole. Germany’s defence minister Christine Lambrecht has been writing angry letters to her counterpart in Bern concerning more ammunition for the Gepard air defence cannons Berlin has sent to Kyiv. Russia’s recent missile attacks on targets across Ukraine add urgency to the appeal.

The 12,000 35mm rounds in question were made in Switzerland, which has a veto over their resale or donation. Bern has formally refused two requests from Berlin to permit re-export to Kyiv — and indeed its hands are tied by its strict legal rules on armaments exports.

The dispute has exacerbated debate in Switzerland about the viability and value of its hallowed tradition of neutrality at a time when war has returned to Europe. In the past, that principle has been interpreted with a dose of pragmatism: it has not stopped Bern sending soldiers on EU military missions, nor its armed forces from working with Nato. But it will not join any military alliance; it pulled the plug on a framework agreement with the EU in 2021 and it has refused to allow Nato planes to fly weaponry through Swiss airspace.

To be fair, the Swiss have unequivocally condemned the Kremlin’s aggression, taken in Ukrainian refugees and mirrored almost all of the EU’s sanctions against Moscow, including asset freezes against hundreds of individuals with ties to Vladimir Putin, many of whom have bank accounts in Switzerland (estimated value at least $100bn). Even more importantly, trading of Russian commodities has been curbed — 80 per cent of Russian oil was traded in Geneva before the war.

For the populist and isolationist Swiss People’s party (SVP), this is already anathema. Its leader Christoph Blocher has accused his country of “abetting the death of Russian boy soldiers”.

Others seek much greater change. Liberal party leader Thierry Burkart wants Switzerland to lean into partnership with Nato; the leaders of the Social Democrats urge more co-operation with the EU. Gerhard Pfister, head of the Mitte (Centre) party has demanded that Swiss law be changed to let Germany send ammunition to Ukraine — because, he said, “we too are being defended in Kyiv”. In late October, an alarmed Swiss government attempted to quell the argument with a 38-page paean to the status quo.

Meanwhile, other neutral countries have also been discreetly reconsidering their relationships with Nato, especially given the decisions by Finland and Sweden to apply for membership after the invasion of Ukraine. Austria, like Switzerland, prefers to retain its principles while being highly flexible in practice. Yet an open letter signed by over 50 public intellectuals called this stance “not only unsustainable but dangerous for our country”.

Ireland’s foreign and defence minister Simon Coveney has called for a “fundamental rethink” of Dublin’s security posture — a government defence review had found that it “lacks a credible military capability to protect Ireland”. But he added that Ireland was unlikely to join Nato “anytime soon”.

Bern, Vienna and Dublin are distant from the combat in Ukraine. Nonetheless, they are racing to increase their defence budgets (from less than 1 per cent to more than 1 per cent of GDP by the end of the decade). But will that suffice? All three are deeply integrated into global networks of trade and finance and susceptible to economic coercion.

Moscow is watching these domestic debates closely. In May, a spokesman for the Russian embassy in Bern said the Kremlin “would not be able to ignore” a Swiss renunciation of neutrality. Last week, foreign ministry spokesperson Maria Zakharova called the discussion in Ireland “illogical . . . and unconstructive”. She added, ominously: “As historical experience shows, the loss of one’s sovereign rights spells nothing good.”

Her point is more aptly made by Putin’s current attempts to obliterate Ukraine’s independent nationhood. Europe’s neutral states might consider whether sovereignty is not better protected by an alliance.